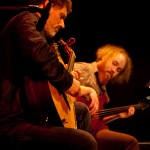 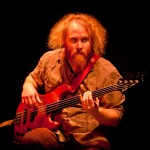 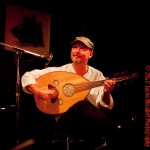 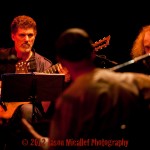 The beaten Luthier is Michael Zolker of Daramad,  Josh Hogan and Glenn Rogers from Taal Naan and Mukti, and Troy Being on bass. Together they showcase the Indian and Middle Eastern flavours of The Silk Road infused with rhythm. Playing original tunes, as well as compositions by such world music greats as Anouar Brahem, Avishai Cohen and Selvaganesh, The Beaten Luthier brings the ancient music of the Oud together with the modern hybrid Sitar-Guitar (Rogers’ own creation).